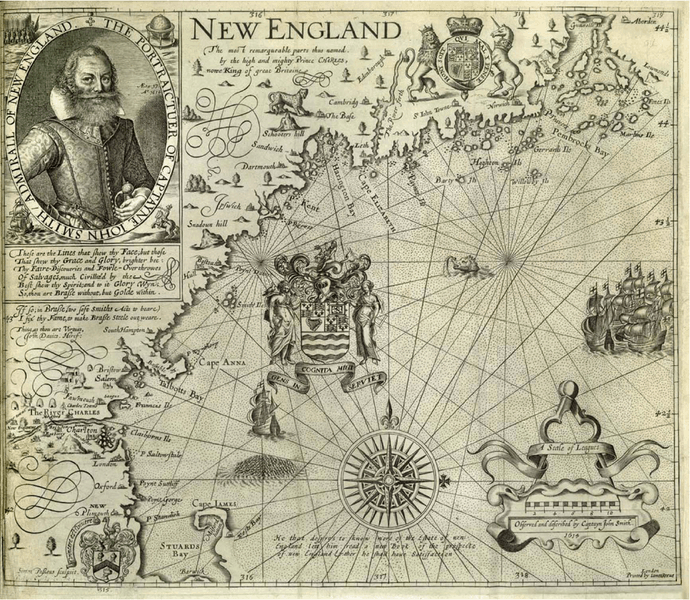 William and Anne Nickerson, their four children, and Anne’s parents, Nicholas and Bridget Busby, each carrying only as much as he or she could cram into a medium-sized suitcase, climb aboard a small ship with about 100 strangers.

The Nickersons and Busbys sailed on either the Rose or the John & Dorothy, pictured below. 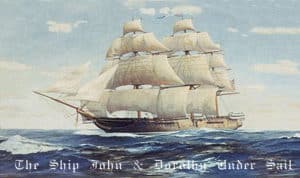 They sat in that ship in port for days or even weeks until suitable winds and tides carried them out to sea, and then they tossed and rocked for more weeks or months, as food spoiled, water became foul, people got sick and often died and storms threatened life and limb of all on board. Those who survived that ordeal finally arrived in Salem, disembarked with whatever provisions had not been ruined by saltwater, and set out to make themselves new lives. Particularly in the earlier years of colonization, there was not much on those shores to greet them when they arrived.

The settlement of America was not easy. Handed to the colonists boarding a ship was a list of instructions. At the top of the list was the warning, “Make Thy Will!” The odds were very high that those brave souls would meet an early death, due to the sea voyage or from disease, Indian attack, or other causes once they arrived in the New World.

So why did our ancestors put themselves through this ordeal and embark on this fascinating journey?

They were both pushed and pulled.

They were pushed because in England and in much of Europe, the poor were chronically unemployed, and opportunities to rise out of poverty were scarce; by comparison, almost any alternative might have seemed promising. Although conditions in 1600s America were difficult, at best, they were pulled by propaganda. Stakeholders of the companies that sponsored American colonies quickly realized that settlers were needed as labor if their investments were to show a return, and their efforts to recruit settlers made the New World appear far more attractive than conditions warranted. 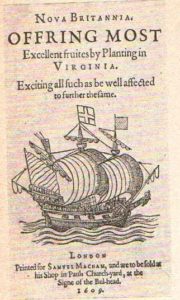 Everything could be boiled down to one essential point: Our ancestors wanted to improve their lives. Some were seeking economic advantage, i.e. a chance to become landowners. Owning land equaled wealth in their society.

Some emigrants were moderately prosperous, and saw the New World as an opportunity for investment that would allow them to move up a few notches on the economic scale. I shall hazard a guess and place William and Anne into this moderately-prosperous category. In general, however, the very well-to-do did not emigrate because they had everything to lose and could gain only at great risk.

The very poor did not come at first because they had nothing to offer, i.e. no skills, no money for passage, etc. To obtain a contract as an indentured servant, one had to have skills such as blacksmithing, hence the poor tended not to be among those who came voluntarily.

Things began slowly. By 1620 maybe 2,500 colonists dwelt in all the English colonies in North America. A significant migration of Puritans and others occurred from 1630 to 1642. Because of the need for labor to “develop” America, vigorous “recruiting” methods were used, e.g. inmates of jails and poorhouses were loaded into the ships. The fundamental economic fact about America was the opposite of what existed in Europe: America was land-rich and labor-starved– the mirror image of Europe. 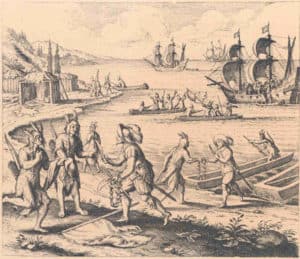 Capitalism flourished in America with its valuable labor supply, seemingly endless natural resources, and sheltered harbors, all of which fostered a booming trade both within the colonies and with the rest of the world.

The risk of failure was unavoidable, but overriding the fears that such conditions engendered was hope of improvement, willingness to gamble, to bet one’s life on the chance of being able to make a fresh start. Those who were prepared to take the necessary risks came. Those who could not face those odds stayed home.

We should remember that what happened in the colonial world helped to shape us into the nation we are today. Those early colonists were our spiritual ancestors, and the things we admire in them are aspects of our own character that we emphasize. We often share their flaws.

If we wish to understand who we really are, we must know from whence we came. The physical and emotional demands of colonization required that people had to be bold, have an adventurous spirit, with a work ethic and a determination to prosper. Those traits became basic elements of the American character. In a real sense the broad outlines of the American experience were formed before the colonists left their homeland because of the differences between those who were willing to take that gamble and those who were not. Thus, the first seeds of the American Revolution were planted among those early risk takers, such as William and Anne and their offspring.

Next time we shall examine religious motivation.