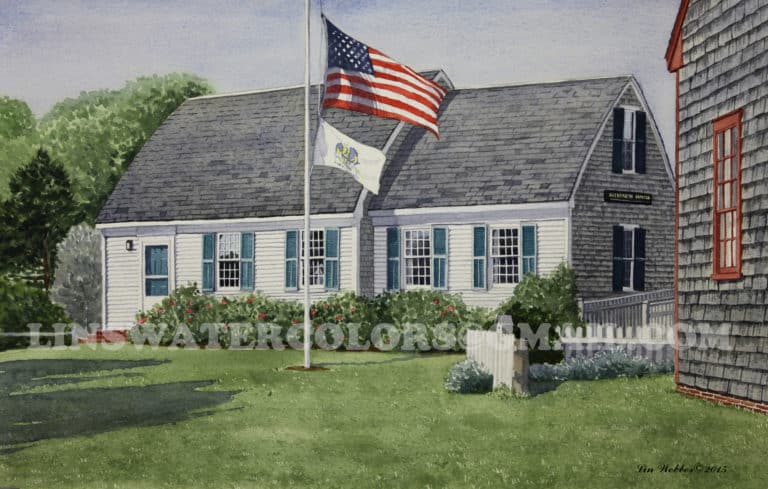 In the first three parts of our series “Our Ancestors Fascinating Journey,” we discovered that the settlers found a tough time in the New World.  This was based upon my research; however, reading excerpts from documents written by people present at the time may provide you, the reader, with additional insights to the experiences of our ancestors.

In this Part IV of our blog I have included reflections by Edward Winslow from 1624 and Daniel Denton from 1670.  Just 46 years separate these two reflections and yet it appears they are worlds apart.  Winslow presents a reality-based picture of life in New England; whereas, Denton presents a very rosy picture of New York and the surrounding area.

As you read through both these articles be reminded that they are being written from the perspective of those who lived through these experiences.

Try to put yourself in the place of the authors and imagine their experiences. 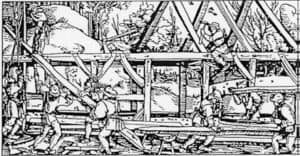 Thus have I made a true and full Narration of the state of our Plantation, and such things as were most remarkable therein since December 1621. If I have omitted any thing, it is either through weakness of memory, or because I judged it not material: I confess my style rude, and unskillfulness in the task I undertook, being urged hereunto by opportunity, which I knew to be wanting in others, and but for which I would not have undertaken the same; yet as it is rude so it is plain, and therefore the easier to be understood; wherein others may see that which we are bound to acknowledge, viz. That if ever any people in these later ages were upheld by the providence of God after a more special manner then others, then we: and therefore are the more bound to celebrate the memory of his goodness, with everlasting thankfulness.

For in these forenamed straits, such was our state, as in the morning we had often our food to seek for the day, and yet performed the duties of our Callings, I mean other daily labors, to provide for after time: and though at some times in some seasons at noon I have seen men stagger by reason of faintness for want of food, yet ere night by the good providence and blessing of God, we have enjoyed such plenty as though the windows of heaven had been opened unto us. How few, weak, and raw were we at our first beginning, and there selling, and in the midst of barbarous enemies? yet God wrought our peace for us. How often have we been at the pit’s brim, and in danger to be swallowed up, yea, not knowing, till afterward that we were in peril? and yet God preserved us: yea, and from how many that we yet know not of, he that knoweth all things can best tell: So that when I seriously consider of things, I cannot but think that God hath a purpose to give that Land as an inheritance to our Nation, and great pity it were that it should long lie in so desolate a state, considering it agreeth so well with the constitution of our bodies, being both fertile, and so temperate for heat and cold, as in that respect one can scarce distinguish New-England from Old. . . .

I write not these things to dissuade any that shall seriously upon due examination set themselves to further the glory of God, and the honor of our Country, in so worthy an enterprise, but rather to discourage such as with too great lightness undertake such courses, who peradventure strain themselves and their friends for their passage thither, and are no sooner there, then seeing their foolish imagination made void, are at their wit’s end, and would give ten times so much for their return, if they could procure it, and out of such discontented passions and humors, spare not to lay that imputation upon the Country, and others, which themselves deserve. As for example, I have heard some complain of others for their large reports of New England, and yet because they must drink water and want many delicates they here enjoyed, could presently return with their mouths full of clamors. And can any be so simple as to conceive that the fountains should stream forth Wine, or Bear, or the woods and rivers be like Butchersshops, or fish-mongers’ stalls, where they might have things taken to their hands. If thou canst not live without such things, and hast no means to procure the one, and wilt not take pains for the other, nor hast ability to employ others for thee, rest where thou art: for as a proud heart, a dainty tooth, a beggar’s purse, and an idle hand, be here intolerable, so that person that hath these qualities there, is much more abominable. If therefore God hath given thee a heart to undertake such courses, upon such grounds as bear thee out in all difficulties, viz., his glory as a principal, and all other outward good things but as accessories, which peradventure thou shalt enjoy, and it may be not: then thou wilt with true comfort and thankfulness receive the least of his mercies; whereas on the contrary, men deprive themselves of much happiness, being senseless of greater blessings, and through prejudice mother up the love and bounty of God, whose name be ever glorified in us, and by us, now and evermore. 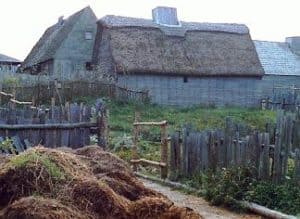 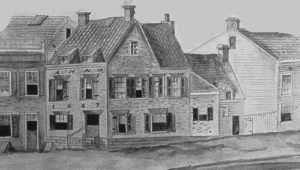 A BRIEF RELATION OF NEW-YORK

With the Places thereunto Adjoining, Formerly called The New-Netherlands

Thus have I briefly given you a Relation of New-York, with the places thereunto adjoining; In which, if I have erred, it is principally in not giving it its due commendation; for besides those earthly blessings where it is stored, Heaven hath not been wanting to open his Treasures in sending down seasonable showers upon the Earth, blessing it with a sweet and pleasant Air, and a Continuation of such Influences as tend to the Health both of Man and Beast: and the Climate hath such an affinity with that of England, that it breeds ordinarily no alteration to those which remove thither; that the name of seasoning, which is common to some other Countries hath never there been known; That I may say, and say truly, that if there be any terrestrial happiness to be had by people of all ranks, especially of an inferior rank, it must certainly be here: there any one may furnish himself with land, and live rent-free, yea, with such a quantity of land, that he may weary himself with walking over his fields of Corn, and all sorts of Grain: and let his stock of Cattle amount to some hundreds, he need not fear their want of pasture in the Summer, or Fodder in the Winter the Woods affording sufficient supply. . .

Here those which Fortune hath frowned upon in England, to deny them an inheritance amongst their Brethren, or such as by their utmost labors can scarcely procure a living, I say such may procure here inheritances of lands and possessions stock themselves with all sorts of Cattle, enjoy the benefit of them whilst they live, and leave them to the benefit of their children when they die.

Here you need not trouble the Shambles for meat, nor Bakers and Brewers for Beer and Bread, nor run to a Linendraper for a supply, every one making their own Linen, and a great part of their woollen-cloth for their ordinary wearing: And how prodigal, if I may so say, hath Nature been to furnish the Country with all sorts of wild Beasts and Fowl, which every one hath an interest in, and may hunt at his pleasure; where besides the pleasure in hunting, he may furnish his house with excellent fat Venison, Turkeys, Geese, Heath-Hens, Cranes, Swans, Ducks, Pigeons, and the like: and wearied with that, he may go a Fishing, where the Rivers are so furnished, that he may supply himself with Fish before he can leave off the Recreation.

Where you may travel by Land upon the same Continent hundreds of miles, and pass through Towns and Villages, and never hear the least complaint for want, nor hear any ask you for a farthing: there you may lodge in the fields and woods, travel from one end of the Country to another, with as much security as if you were locked within your own Chamber; And if you chance to meet with an Indian-Town, they shall give you the best entertainment they have, and upon your desire, direct you on your way.  But that which adds happiness to all the rest, is the Healthfulness of the place, where many people in twenty years time never know what sickness is: where they look upon it as a great mortality if two or three die out of a town in a year’s time; where besides the sweetness of the Air, the Country itself sends forth such a fragrant smell, that it may be perceived at Sea before they can make the Land: where no evil fog or vapor doth no sooner appear, but a Northwest or Westerly wind doth immediately dissolve it, and drive it away.

What shall I say more? You shall scarce see a house, but the South-side is begirt with Hives of Bees, which increase after an incredible manner: That I must needs say, that if there be any terrestrial Canaan, ‘tis surely here, where the Land floweth with milk and honey. The inhabitants are blessed with Peace and plenty, blessed in their Country, blessed in their Fields, blessed in the Fruit of their bodies, in the fruit of their grounds, in the increase of their Cattle, Horses and Sheep, blessed in their Basket, and in their Store.  In a word, blessed in whatsoever they take in hand, or go about, the Earth yielding plentiful increase to all their painful labors.  Were it not to avoid prolixity I could say a great deal more, and yet say too little, how free are those parts of the world from that pride and oppression, with their miserable effects, which many, nay almost all parts of the world are troubled, with being ignorant of that pomp and bravery which aspiring Humors are servants to, and striving after almost everywhere: where a Wagon or Cart gives as good content as a Coach; and a piece of their home-made Cloth, better than the finest Lawns or richest Silks: and though their low-roofed houses may seem to shut their doors against pride and luxury, yet how do they stand wide open to let charity in and out, either to assist each other, or relieve a stranger, and the distance of place from other Nations, doth secure them from the envious frowns of ill-affected Neighbors, and the troubles which usually arise thence.

Now to conclude, it’s possible some may say, what needs a Relation of a place of so long standing as New-York hath been? In answer to which I have said something before, as to satisfy the desires of many that never had any Relation of it. Secondly, though it hath been long settled, yet but lately reduced to his Majesty’s obedience, and by that means but new or unknown to the English; Else certainly those great number of Furs, that have been lately transported from thence into Holland had never passed the hands of our English Furriers: Thirdly, never any Relation before was published to my knowledge, and the place being capable of entertaining so great a number of inhabitants, where they may with God’s blessing, and their own industry, live as happily as any people in the world.

A true Relation was necessary, not only for the encouragement of many that have a desire to remove themselves, but for the satisfaction of others that would make a trade thither. 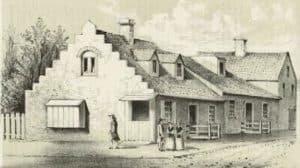