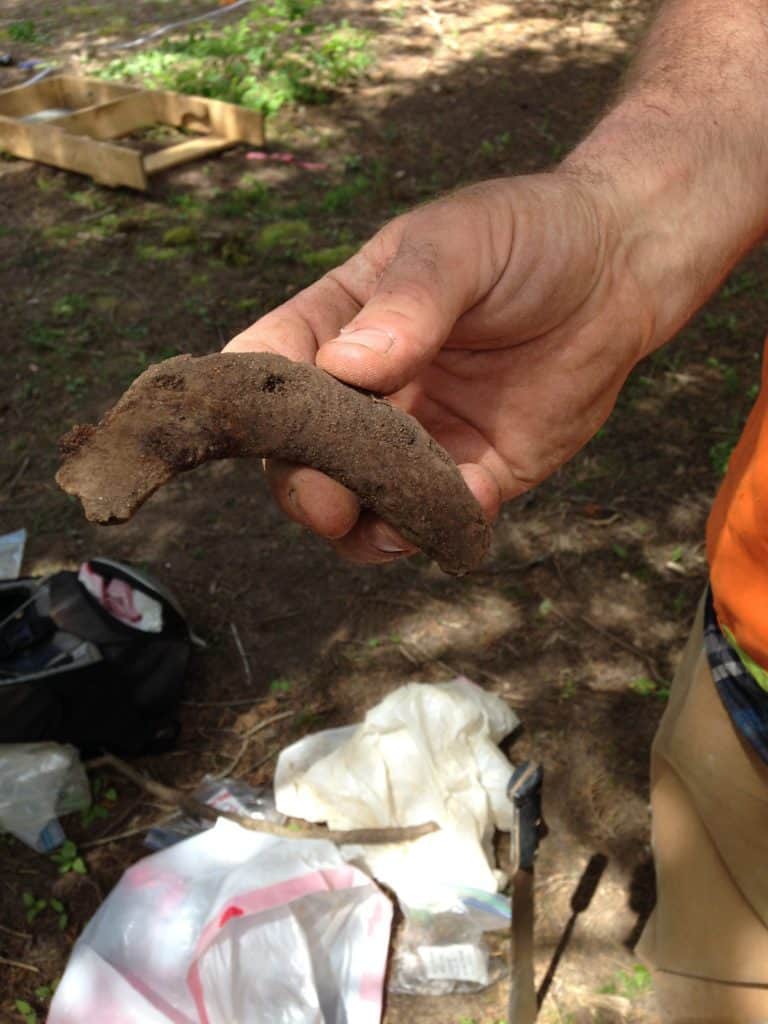 As well as pottery, charcoal, bones and shell, the dig today at the c. 1664 homestead of William and Anne (Busby) Nickerson unearthed a 17th century horseshoe. Archaeologist Craig Chartier confirmed that the shoe belonged to a small workhorse used for pulling a cart. Another significant find today was traces of a posthole in exactly the spot that Chartier had predicted one of the corners of the house to be. The major two-month dig of the site will be conducted in August and September. Today’s eight-hour dig was a part of Chatham History Weekend. 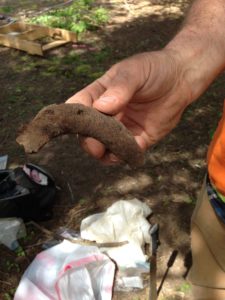