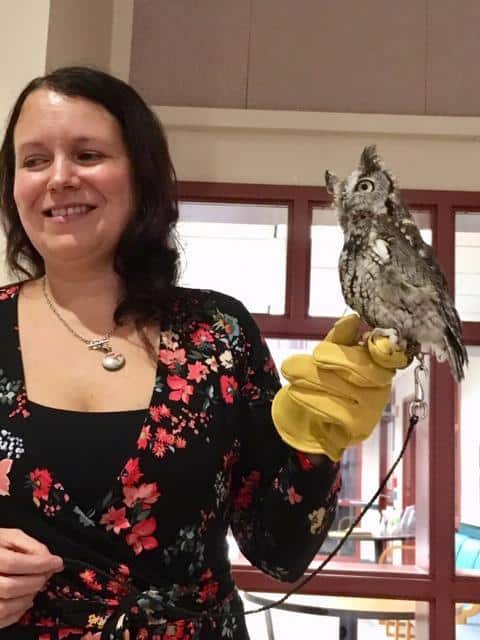 Nickerson, an Eastern Screech Owl, became a Wild Care Animal Ambassador a couple of years ago.  When Nicker­son’s nesting tree was cut down in Nickerson State Park, Nickerson suffered an injury.  She and her siblings were reunited at Wild Care; while Nickerson’s siblings were released Nickerson, being blind in one eye, could not be released and instead became an educational animal who helps teach Cape Codders about the importance of owls to our ecosystems.  Shown here is Nickerson with Stephanie Ellis of Wild Care in Eastham.