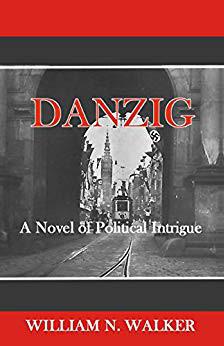 We have noted before that the Nickersons are a prolific group, and it turns out we did not know just how prolific.

In the past three years, William N. Walker of Yarmouth has published two acclaimed political intrigue novels: Danzig and A Spy in Vienna. Walker is currently writing his third novel again featuring Paul Muller.  We first meet Muller in Danzig, set in Central Europe between the wars

Muller returns in A Spy in Vienna, which is again inspired by actual events.  This time Muller becomes a spy who seeks to prevent Hitler’s rise.

Walker brings first-hand diplomatic knowledge to the story as he served as an ambassador and chief trade negotiator for the U.S.  He lived in Geneva for over two years.  Prior to that, he was a member of the Nixon Administration.  He also served as director of the Presidential Personnel Office under President Ford.  He and his wife Janet are the parents of three grown children—Gilbert, Helen and Joanna.